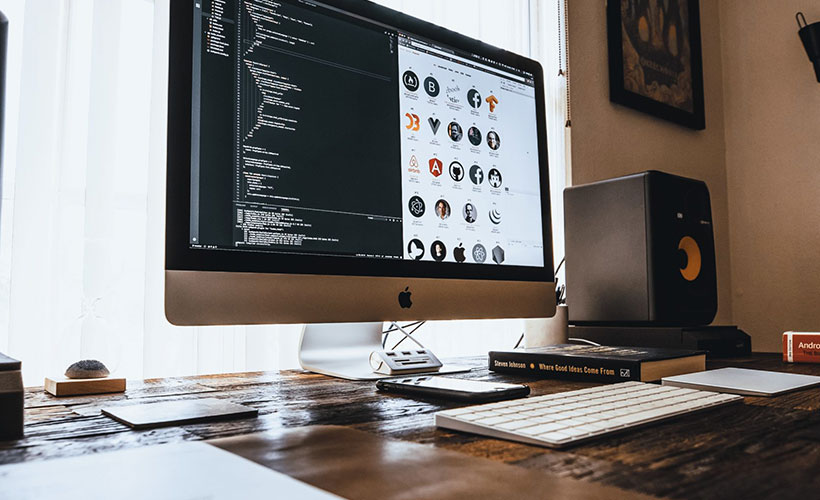 React is being used in web applications to create interactive experiences. This technology is being used by some of the most popular apps on the internet today, including Facebook, WhatsApp, Pinterest, and Instagram. Instagram is the largest picture-sharing platform, and the web application built on React library.

ReactJS is a framework for building web applications. It is based on JavaScript and is compatible with other popular programming languages. It allows developers to use components that other people have created and reuse them in their own projects. Currently, it is being used by some of the biggest companies in the world, including Facebook.

ReactJS is the most popular web framework for building apps, and one of the most popular examples of this is Facebook. The company not only uses React on its desktop website but has also embraced React Native to develop mobile apps. The social network’s development team has released a beta version of React Native for the Facebook app.

React was created in 2011 by Jordan Walke. It has become extremely popular since then, and is now maintained by Facebook. It is used by 7.4 million users and has many useful functionalities. Facebook has used it to build its news feed feature, which is quite complex. Facebook needed a fast-loading website that could allow users to update information in real-time without waiting for a complete page reload. React allows developers to achieve this by using a “partial page reload” feature.

Another important feature of React is its support for reusable components. This way, developers can reuse UI elements across several projects with little effort. Furthermore, they can also use pre-made libraries of components, which is a great time and money-saver.

One of the most popular apps using ReactJs nowadays is Instagram. The app has a great look and UX thanks to the use of React. The app has been upgraded to use React Native, making it easy to maintain on iOS and Android. Using React Native, Instagram can create updates faster than ever before.

The ReactJS library has a lot of benefits and has been used by dozens of famous businesses and developers. In the social media industry, ReactJS is used by popular apps like Instagram, which lets users share photos, videos, and information with each other. The library helps developers reap the benefits of rapid performance, responsiveness, and other features.

Instagram is a popular social network with over 600 million users each month. Instagram enables users to share photos, GIFs, videos, and other content publicly or with selected followers. Users can also save content and review it later. This feature has been implemented by the Save team at Instagram. They also used React Native to create an iOS version of their saved posts.

WhatsApp is one of the most popular messaging apps, and it uses ReactJS to improve user experience. ReactJS is a web framework that enables developers to create an interactive interface. WhatsApp has used React to improve its iOS app. The app has received an overall rating of 4.8 on the app store, and is used by millions of people every month.

ReactJS is a JavaScript library and open-source framework that helps developers build dynamic web applications. Its component-based architecture enables developers to develop apps with exceptional performance. Facebook and Instagram are two of the most popular apps built with React. The library was introduced to the application development community in 2013, and has since been adopted by numerous other companies.

Pinterest is one of the most popular social media apps. It is used by over 350 million active users worldwide and supports over 200 billion pins. Every month, it records more than two billion visits, of which over 600 million are visual. As such, Pinterest needed a tool that would allow it to render images and videos quickly. The company originally used Python and MySQL to create its web app, but later switched to Amazon Web Services.

While many of the popular apps use React, not all of them are built with it. Some companies have used a different framework, such as JavaScript, to create their apps. Pinterest, for example, rewrote their native apps using React Native, which saved them a lot of time. The result was a faster product development cycle. For example, it took the company about ten days to create a native app for iOS and two days for Android. The team had to change the layout of the interface, but the underlying code was the same.

In addition to its popularity, React has a large community. Once a critical mass is reached, the framework spreads more quickly. As a result, the community surrounding the project began writing extensions and modifications, and the project attracted more developers.

Airbnb is one of the most popular apps that use Reactjs. The company uses it to develop its service booking app. The company’s development team works on React technology on a daily basis. It has over 60 software engineers who use React to create the platform. React helps developers write reusable code that can be reused across different platforms.

Airbnb started using React Native in 2016 when it launched Experiences. This feature allows users to book events, classes, and BnBs in a specific location. This feature uses React Native to simplify the app’s user interface. Airbnb’s team found it easy to integrate React Native with their existing apps.

Until 2012, Airbnb only had a web application based on React. However, users often needed a mobile app to book a vacation rental while they were traveling. This is a common situation, since most people don’t bring their laptops on vacation.

Airbnb has also made significant changes by using React Native. They expanded the app globally, made it easier for users to find and book rooms, and introduced Experiences. They also added features such as reviews, gift cards, and more. With React, Airbnb was able to add features that would otherwise have been impossible for them to create with native engineering.

ReactJS is used by many popular apps to provide better customer experiences. PayPal is one of them. Its engineers continuously update their tech stack by integrating the latest technologies available on the market. The company has already successfully implemented React in its mobile application. PayPal is a leading payment gateway.

React is a powerful JavaScript library that helps in building user interfaces. The library is fast, lightweight and declarative. It can also handle large web applications that have dynamic data and are scalable. Several industry giants have already started using this library.

Airbnb is another app that uses React. The app has a smooth and elegant UI. It also supports sound and push notifications. It took Airbnb a while to adopt React, but the company chose it after testing different technologies and implementing several successful implementations. It also offers a high level of flexibility and reliability.

PayPal is also a popular app that uses ReactJS. It is used by many well-known apps, including PayPal and Netflix. It has become the most widely used JavaScript framework. Many Fortune 500 companies are using React, including Facebook, Google, Tesla, Tencent QQ and Airbnb.

Discovery VR uses Reactjs as its front-end and uses Facebook’s technology. The Discovery VR app is a great example of how to use Reactjs effectively in a web app. It uses a very simple interface that can be ported to both Android and iOS. The app also makes use of a VR headset, making it a great way to experience the world around you.

ReactJS is widely used on the web. It has a huge community of developers that support the framework. Developers can easily ask questions and find answers to their problems by looking at the community. There are many benefits to using React as a front-end framework. It provides a smaller file size and faster reload times.

One of the most popular React Native apps is Discovery VR, which combines virtual reality and 360-degree videos for a completely immersive experience. Its interface is built in React Native, and it provides a user interface that is as smooth and attractive as possible. It also features real-like audio and video effects and real-world scenes and activities. How to Tell Fake Mugen Pedals Parallelogram ABCD – What is DC?